Перейти к основному содержанию
Бабушкина Д.А. F.H. Bradley on Self-realization as Relation to the Self and to Others

The aim of the paper is to consider the idea of self-realisation, developed by the leader of the Idealist movement in Great Britain, F.H. Bradley. Bradley himself determines this notion as the only deed that we do in each action and moreover as the only end of morality. In this paper the notion of self-realisation is viewed through the problem of personality and its relation to others (Bradley’s doctrine is rooted in Aristotle’s definition of a man as a social animal). It is maintained here that Bradley considers different problems of man’s personality while taking all of its aspects as sides of a complete self. In the idea of self-realization the distinguished unity of the personality, which is a problem to be unconsciously solved by the man himself, is presented and made a question of philosophy. Present investigation is based mainly on the early work by Bradley — «Ethical Studies».

«Self-realisation» is the notion very close to the idea of the care of the self, which we found in «Alcibiades» by Plato. Both these concepts suppose a kind of self-relation that leads to one’s becoming himself. On the one pole of this process we meet a man living unconsciously and not being himself, and on the other — a personality, who knows who he is and lives his own life. Socrates’ doctrine of one’s becoming himself presumes that this becoming is possible only in relation to the wise man, who helps one to cognise oneself. The doctrine of self-realisation emphasises not the aspect of knowledge but the aspect of completeness of realisation in the process of becoming.

To reconstruct this notion we are above all to note the sphere where it is used. For Bradley, one exercises self-realization in moral realm. It means that one’s self is realized in the moral or virtuous conduct. Morality can be defined as the sphere of mind which is lower then religion. Religion absorbs morality, overcoming its defects, or as Bradley (1962, 314) says, «morality issues in religion».

Bradley’s reasoning leads us to conclude that morality is constituted by a dualism of particular and universal. The particular in morality is understood as individual will which is opposed to the will of the whole or community. From this point of view relation of the particular and the universal (the part and the whole) or otherwise the possibility of realization of the universal in the will of the individual is the chief problem of morality. In our opinion this problem is solved by the theory of dualistic nature of will (see below).

We can further say that the relation, viewed above through metaphysical eyes, presents itself in the ordinary life as the relation between a man and others, whose wills he recognizes as opposed to his own. The clarification of the terms «self» and «universal» which the key notion is undoubtedly connected with leads us to conclude that self-realisation is the relation to oneself realised in the sphere of relation to others. This statement implies interrelation and interdetermination of private and social spheres. Though not defined, «self» is used in «Ethical Studies» as synonymous to 1) «I»/«me» in the meaning of «myself» (as the subject of the moral action, though beyond the sphere of personhood it is denoted as «moral agent») and 2) «will». It issues from what Bradley says that morality exercised by a «self» is presented by the moral act in which a will is realised (on virtue, see Bradley 1962, 58 — 64). We can infer that the universal (which is the same as the will of the whole) is given to the self as the ideal or the aim of its life. The self realizes this ideal in its actions: it does everything in a reference to the aim (Bradley emphasizes the aspect of unity in human life throughout the book). Moreover Bradley agues that for common consciousness the ideal is an idea of the completeness of one’s life, i.e. as the idea of subordination of all particular aims to the main end, or as a whole (system) of ends (see Bradley 1962, 69-70, 74, 95). This presupposes that a man understands his aims and knows them as a systematized whole.

The main difference between moral and religious spheres is the treatment of the universal or the ideal. In moral consciousness, what is ideal is believed to be non-real, to exist «only in our heads» (Bradley 1962, 316), and thus never already-attained (realized). For religious consciousness, the ideal or the universal is true reality contrary to physical reality. So overcoming the wrong understanding of the moral consciousness, religion makes the complete realization of the ideal possible. So Bradley (1962, 319) writes: «For morals the ideal self was an «ought», an «is to be» that is not; the object of religion is that same ideal self, but here it is no longer only ought to be, but also is».

But how are the individual and the universal connected in the volition? And in what relation does the particular act stand to the life as a whole?

In each separated act a will identifies with the universal will which correlates to the ideal. So the individual will realizes the universal through itself. Thus the separated act is nothing more, but a moment in the process of aim attainment. Let us illustrate this statement by the analysis of the volition and the structure of will, which Bradley carries out in Essay II. We have already seen that according to the philosopher, the sphere of morality is built on the fundamental opposition of the universal and the individual, which is overcome in the notion of will. The analysis of the will shows that the only object of desire is the self. Hence what is willed is always the self, which differs from the self that wills. The self that wills is a particular one, while the self that is willed is the particular will that identifies itself with the universal. Each act/volition is described as self-relation (Bradley 1962, 78). If presented in a phenomenological order the volition can be figured as following:

For Bradley, volition is the identity of two sides — the universal that is above all the desired objects, and the particular, i.e. the identification of the will with this or that object — and thus is called by Bradley «the individual whole» or «the concrete universal» (Bradley 1962, 72; see also p. 98). The universal side of the will is a formal one and the particular stands for the content. (Thus Bradley criticises Kant’s ethical doctrine arguing that the will is the unity of the form and the content. See also Bradley 1962, 33). Both from the point of view of the content and the form the will is a whole (it is a whole of all desired objects being the ideal or universal self; and it is a whole as a possibility of volition of the object. Bradley 1962, 70-72). So the will wills itself as a whole (ideal). Thus Bradley solves the opposition of the particular and the universal by the dualistic nature of the will.

But what is meant by «whole»? It is Hegelian true infinite or self-related whole (Bradley 1962, 74-81). To realise itself as true infinite means to become a member of true whole community (family, society, state) that is itself only for being more than and being only in its particulars, i.e. to be itself one must go beyond himself (see: Bradley 1962, Essay V). Otherwise the community as the true infinite whole is a whole which is organised by two principles: «Homogeneity» and «Specification» (Bradley 1962, 74). So Bradley puts it as following: «The whole, to which you belong, specifies itself in the detail of its functions, and yet remains homogeneous. It lives… in its members. Just so, each one of the members is alive, but not apart from the whole which lives in it. The organism is homogeneous because it is specified» and vice versa (Bradley 1962, p. 79). Hence the will realised is identified with the universal good will.

Thus in the self, relating to itself, the whole, relating to itself in the private self, can be found. Thus the self-realisation — becoming true itself, self-perfecting with the orientation toward the ideal — is possible only in society.

Let us in closing say a few words about the modi of the realised self (ideal). In «Ethical studies» Bradley distinguishes three modi: 1. a) a social ideal involving relation to others, which is named — my station and its duties (here the self is understood as function in the whole); b) the ideal that can be called the sphere of ideas (such as being noble, merciful etc. recognised by a man as the guiding ideas of his life) (see Bradley 1962, Essay V); 2) a non-social ideal. The very last can be interpreted as following one’s vocation and realising ones talent (see Bradley 1962, Essay VI). Bradley maintains that my station and its duties is the attainable ideal, while the sphere of ideas is never completely realized.

Bradley seems to raise and elaborate the complex of problems connected with different aspects of personality. He views it though the aim which is believed to be very important for the man — the aim of self-realisation. The analysis of Bradley’s doctrine lets us to infer that self-realisation is attainable only in the community, i.e. in relation to others. For it is relation to others that constitutes the true infinite whole, that in turn produces the ideal with which the will of the individual identifies itself, the ideal which is, therefore, the same with the realised self. From his doctrine it is possible to conclude that the self has three hypostases: 1. oriented towards others in two ways a) in reference to be useful for the community, to feel one’s necessity in the whole — the formal side; and b) subjective side, which is presented by the spiritual need; 2. oriented towards itself, — the need to realize inclinations. So one if wants to be himself, be happy and satisfied with life, one should realize these three modi of his self.

«I like the Service of the Lutherans...» (F.Tyutchev and Christianity)
Academic Science and Religion in Ethical and Pedagogical Context
Social and Anthropological Background for Addressing Xenophobia
Teleology as a method of historical cognition H.Rickert’s philosophy
Leaving Paradise As The Condition of Consciousness: Hegel's Theory of Hominisation
Religious anthropology in the postmodern situation
Postmodernism as the problem of metaphysics
Petersburg, Moscow, Rome: Intertwining Metropolitan Myth
Non-classical Paradigm of Interpretation
Boswell's Wretched Register:Hypochondria and Confession In the Journals of Jjames Boswell 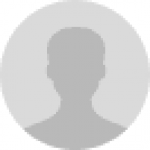